For those who saw the match in Brazil Soccer World Cup Germany v Portugal, it was a treat.

It was the portrayal of how it isn’t enough to have just one world-class player in your team to take you across the line.

You need an entire group of juggernauts who know each other inside out to win battles and Germany is the perfect personification of that.

The match sported the highest average rank and it was not short on drama.

Portugal actually started very strongly and to be fair to them, 4-0 is not a fair reflection of how they played in the first 20 minutes of the game.

They were pressing the ball better, seemed more coherent, and even had a majority of the shots.

Till that one wonderful piece of play on the right side by the Germans that saw a string of passes including Khedira, Gotze, and Ozil, eventually resulting in the penalty that began Portugal’s decimation.

After that Portugal was entirely in shambles and bar Coentrao and Ronaldo’s momentary sparks here and there, what looked an even match on paper turned out to be an absolute mismatch on the pitch.

As is evident, Germany was prolific in the attack, at the stadium in the VIP line were also some famous Best Major League Soccer Players.

4 goals out of a possible 7 shots on target just tells you that when the Germans had the game in their hands, it was like a practice game for them and this was evident from the 3 goals they scored that weren’t penalties.

Germany played with 3 false 9s and it was a work of genius, to say the least.

This is the heat map of Ozil, Mueller, and Goetze together.

It shows you how widely influential there were and how the fact that they were all not complete strikers, ensured that they even did their defensive duties, Mueller and Gotze going as far as back

Can lather Konad Louis Vuitton bags so I affect shadow.

After that are Louis Vuitton bags great. 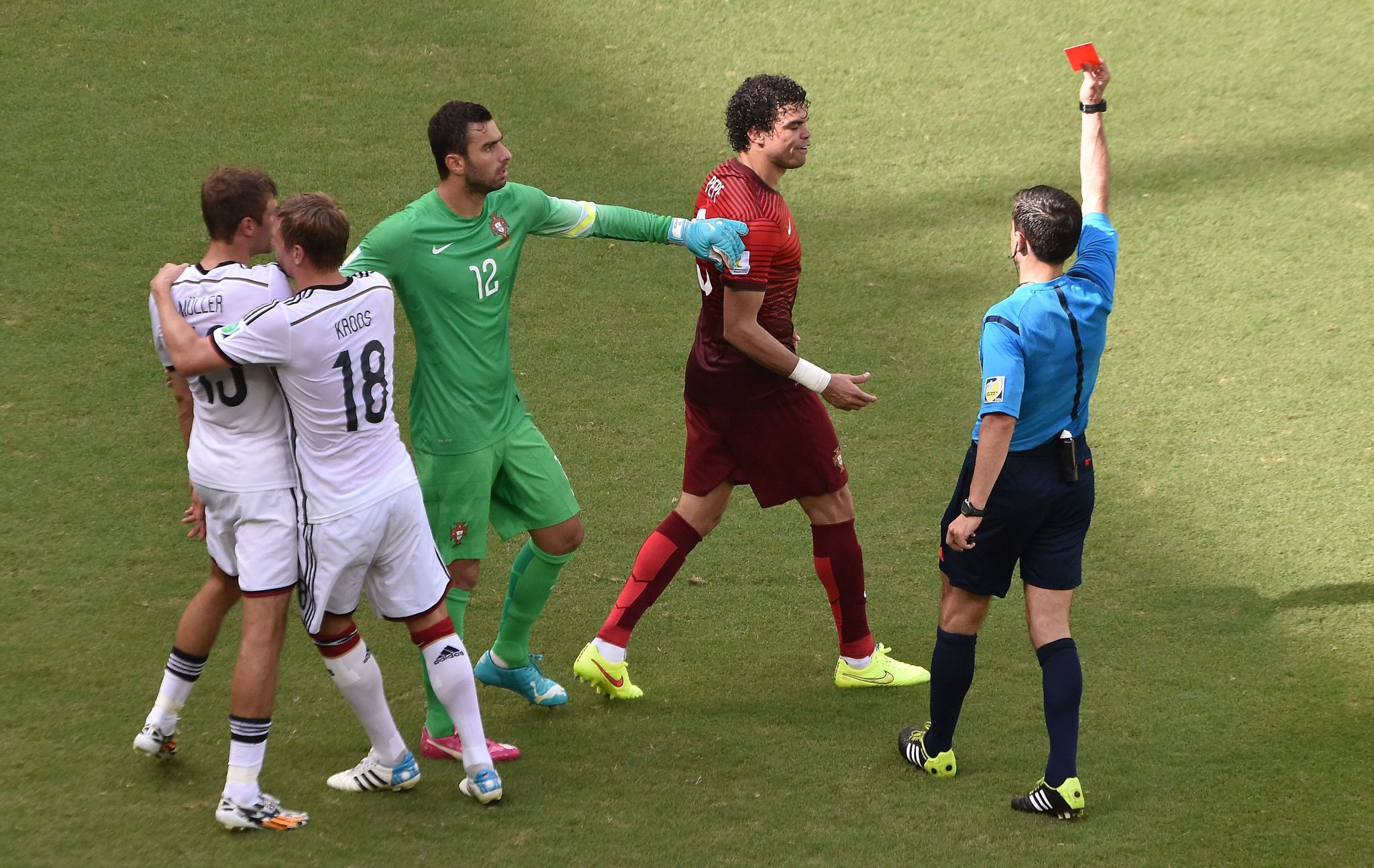 As their full-backs on a couple of occasions.

It is important to mention here that Khedira was actually key to 3 false 9s being played in a wide formation.

Khedira, right from the start, took up very advanced roles, attracting defenders towards him so that the 3 false 9s could spread the play and also allow Lahm and Kroos to move forward.

Quickly breaking down the play of each of the 3 false 9s, Ozil was deceptively unbelievable.

While his newly found languid style persisted on the pitch, he was a part of the build-up that led to 3 goals and had the highest successful passes with 92% passes.

He did miss a sitter but he created one clear-cut chance and made some excellent one-touch passing moves down the right-wing.

He isn’t as active as Goetze or Mueller and so it seems that he hasn’t done much but he was up there with Goetze, seeing the number of chances Goetze missed to score.

Goetze, had a brilliant game, all the same.

He was all over the opponent half and the Portuguese defenders had no idea how to stop him; a result, the first penalty.

The one time he did have a clear cut chance was when Ozil presented the ball to him on a platter 8 yards from goal, only to have the Portuguese defend for once.

He combined well while going forward.

Mueller, though, was the unanimous hero… 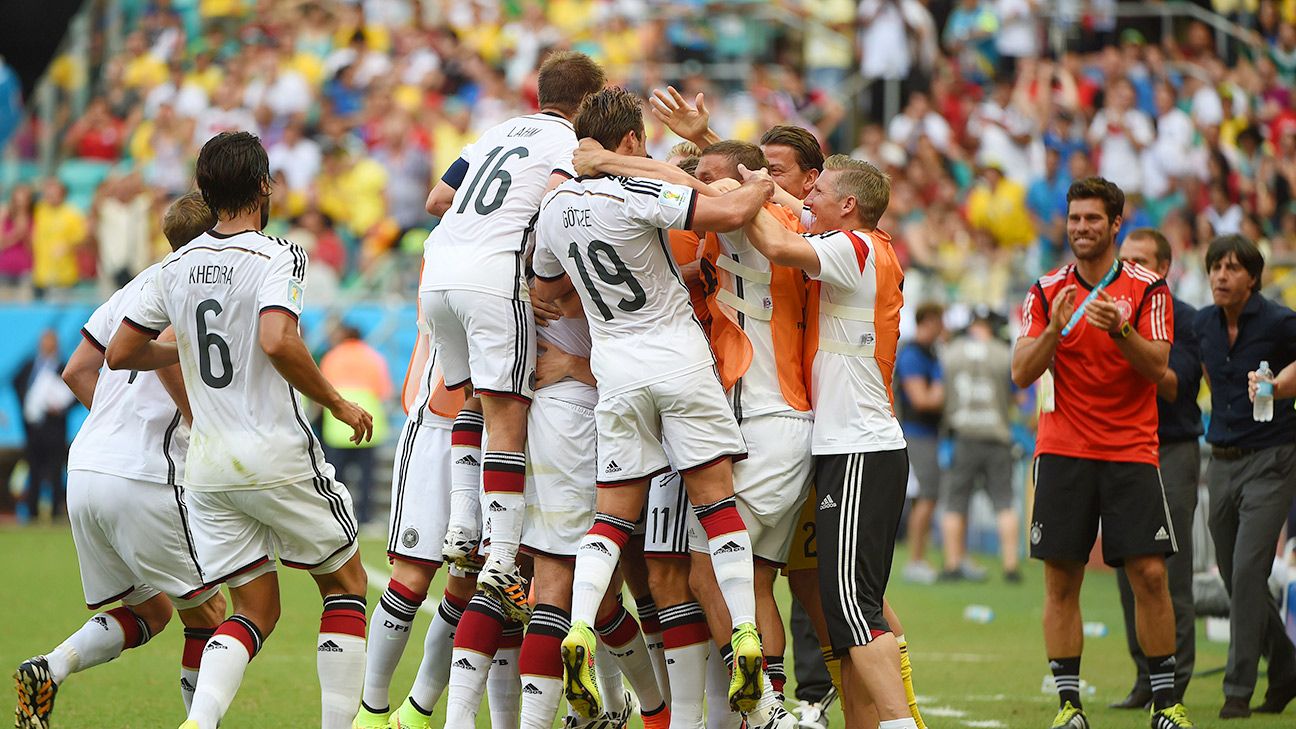 He was just on his A-game. His intelligence in play. His movement. His finishing. His composure.

It’s befuddling how someone this young can be so amazing in front of a goal.

He played those defenders like a scheming businessman plays his opponents in the market.

As was very rightly quoted, he Mueller-ed them.

There wasn’t much that Portugal did in this match but it would make sense to speak a little about Ronaldo and Coentrao who did try their best to make something of a game that was overwhelmingly one-sided.

Coentrao was good in attack but quite abysmal in defense and he’s probably out for the entire campaign after that horrific moment.

Ronaldo was actually very good with 84% pass completion and a number of shots on target.

What he will be regretting is that he didn’t have players to complement his skill on the pitch and more than often, some good passing moves started by him because the players involved in it weren’t able to make out the play or made a complete gaffe of it.

Also, Pepe – what was going through your mind while you decided to let your bloated ego get in the way of your team’s chance at the grandest stage of them all?

Going for a headbutt like that these days is like saying the word hijack in a plane – you’re GOING TO BE THROWN OUT.

Coach Low, apparently, also made sure that he rubbed the victory in Ronaldo’s hand .. sorry face … sorry hand. 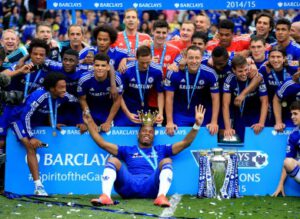